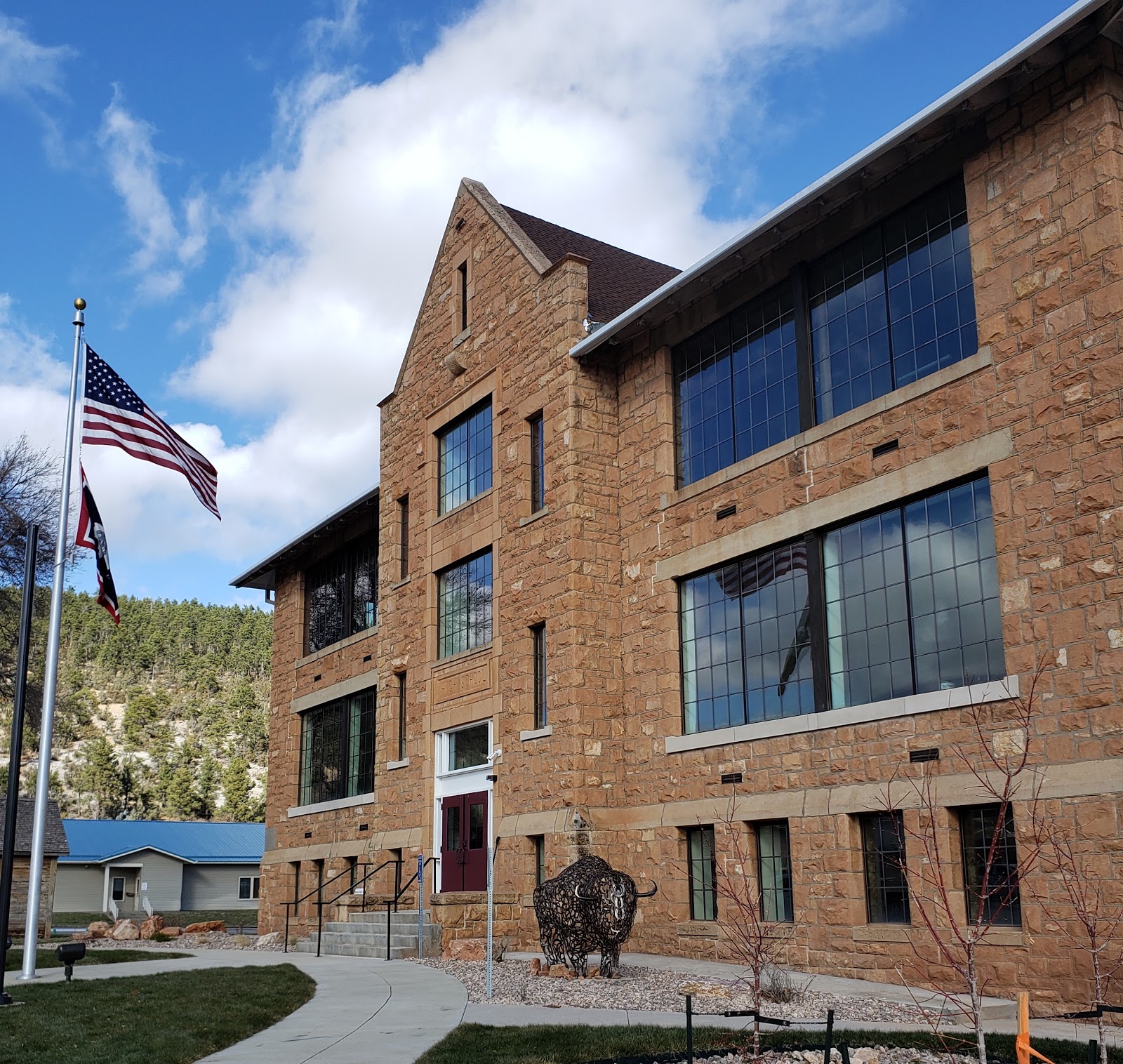 What once was old, now, is new again!

A joint effort by several groups in the Sundance community has come to fruition with the restoration of the Old Stoney Schoolhouse late last year. As part of the Sundance Mainstreet revitalization project, the 93-year-old building was completely remodeled, with both exterior and interior improvements including heating systems, elevators and landscaping. The building is fully-functional with handicap accessibility throughout.

The new building is now set to become a centerpiece of Sundance community space. The main floor is the new home of the Crook County Museum and Cultural Center, housing over 14,000 artifacts from the Old West. The building’s original 230-seat auditorium has been updated to be rented out for meetings, conventions, reunions, weddings, music, historic interpreters and other events. The building also includes an art gallery, gift shop and three office spaces, two of which are occupied by a counselor and an attorney, while the third is open for lease. A park and community square are under development adjacent to the building and will hold a statue of the Sundance Kid statue. The town of Sundance is the only place where horse thief Harry "Sundance Kid'' Longabaugh was imprisoned. Museum visitors can learn about the Sundance Kid’s trial and other history.

Sundance officials hope Old Stoney will become a focal point of the town and help improve the town’s economic viability, serving as a tourist attraction as well as a local center for cultural gatherings and events.

Old Stoney is an iconic, old schoolhouse built in 1922 in downtown Sundance and added to the National Register of Historic Places in 1985. It’s construction includes sandstone from the Bear Lodge Mountains as well as a cornerstone rock from the Devils Tower National Monument. It served as a high school and elementary school before being abandoned in 1972. The building sat vacant for years and was falling into disrepair before the Sundance community determined to renovate it.

The Old Stoney restoration project is part of a community and economic development project. In 2018, Powder River Energy Corporation (PRECorp), in partnership with Lunavi (formerly Green House Data) and its electric wholesale provider, Basin Electric, donated $27,500 to the museum board in support of the Old Stoney project, from proceeds of PRECorp’s WyREC Program. The Mainstreet revitalization and Old Stoney projects seek to triple museum and retail tourist and local traffic, further stimulating economic activity in downtown Sundance.